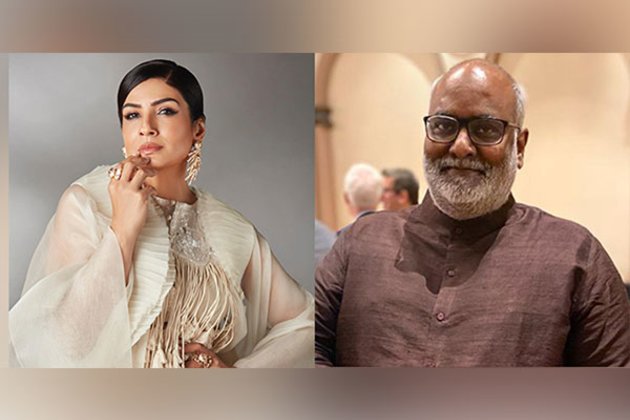 New Delhi [India], January 25 (ANI): Actor Raveena Tandon and 'RRR' music composer MM Keeravaani will be among the recipients of Padma awards, to be conferred by President Droupadi Murmu.

Tandon and Keeravani, the composer behind RRR's widely popular number 'Naatu, Naatu' who won the Golden Glode award this year in the category of 'Best Original Song', will receive the Padma Shri -- the fourth highest civilian honour in India.

The recipients of this year's Padma awards were announced on Wednesday evening.

Expressing her gratitude on being picked for the top honour, Tandon said, "Honoured and grateful. Thank you so much, Government of India, for acknowledging my contributions, my life, my passion and purpose -- cinema and the arts, that allowed me to contribute, not only to the film industry, but beyond. I thank all those who guided me through this journey of Art and Craft of Cinema -- all those who held my hand through it, and all those who watched me from their place above. I owe this to my father."Tandon emerged as an A-lister in Bollywood with blockbusters such as 'Mohra', 'Main Khiladi Tu Anari', 'Satta', 'Shool', and many more.

She received a lot of appreciation for her performance in the pan-India blockbuster 'KGF 2'.

Keeravaani, who has got the world dancing to his tunes in 'Naatu Naatu' from the period action-drama 'RRR', also bagged an Oscar nomination in the 'Best Original Song' category.

Ustad Zakir Hussain had previously received the Padma Shri in 1988 and the Padma Bhushan in 2002. (ANI)