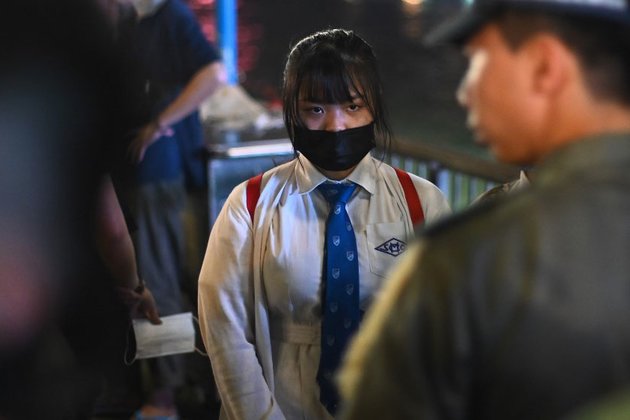 Apple has removed an app that helped Hong Kong protesters track the movements of the city's police force after official Chinese media published an op-ed article slamming the company, amid continuing reports of police violence against protesters.The app, HK.map live, was removed from the Apple app store after the ruling Chinese Communist Party newspaper the People's Daily complained about it on Wednesday.The app had enabled users to add real-time reports of police sightings across the city and suggest safe zones and escape routes for protesters with no police presence, and to view a city-wide map dotted with car symbols to denote the presence of police.The People's Daily accused Apple of becoming "an accomplice" to chaos and violence, as the city enters its fourth month of anti-government and pro-democracy protests.It said such "unwise, reckless" behavior would cause great trouble for the company, which had "hurt the feelings of the Chinese people" by allowing the app into its store.Apple said in a statement on Wednesday it had begun an immediate investigation after "many concerned customers in Hong Kong" contacted it about the app and Apple found it had endangered law enforcement and residents."The app displays police locations and we have verified with the Hong Kong Cybersecurity and Technology Crime Bureau that the app has been used to target and ambush police, threaten public safety, and criminals have used it to victimize residents in areas where they know there is no law enforcement," the company said.Meanwhile, students at the Chinese University of Hong Kong on Thursday swore, wept and shouted over vice-chancellor Rocky Tuan, who they said had done too little to support and protect them from police violence during the protests.One woman stood up and testified in front of the meeting to sexual abuse and beatings suffered by detained protesters at the notorious San Uk Ling Holding Center."The police just ordered us around as they saw fit, for example to enter a pitch-dark room, or to take off all of our clothes," the masked woman, who later removed her mask to challenge Tuan to speak out against violence, told the meeting tears."Did you know that there are students at this school who are still attending follow-up medical treatment because of getting beaten up by the raptors [special forces]?" she said. "Did you know that the room they search people in at San Uk Ling is totally dark, and that I am not the only person who suffered sexual violence at the hands of the police?""Other arrestees were also sexually assaulted and tortured by both male and female police, and not just one at a time," she said.2,600 arrests since June

Several students broke down in tears and repeatedly blocked Tuan from leaving the talks, angry that he had not given a concrete undertaking to issue a formal statement condemning the police for acts of violence, government broadcaster RTHK reported.Tuan had said he would issue a statement next week, but refused to commit to condemning the police.Hong Kong police have made more than 2,600 arrests since the anti-extradition movement took to the streets in early June. More than 240 people have been arrested for violating a ban on mask-wearing in public, brought in by Chief Executive Carrie Lam last weekend under colonial-era legislation giving her administration emergency powers.The decision to invoke emergency legislation has paved the way for potentially draconian controls on every aspect of life and business in the city, as it allows the chief executive and ExCo to make new laws considered to be in the public interest, including ordering the inspection and control of publications, maps, photos, and communications and communications methods.U.S. constitutional law expert Catherine Ross told RFA that the use of emergency powers is worrying."Anyone who is concerned about civil liberties gets very concerned when a leader declares an emergency, because that is usually not sufficiently backed up by the facts on the ground, and is used to deprive people of their rights," Ross said."Then they try to extend that emergency's reach to impose more and more rules that interfere with expression, right of assembly and so forth," she said, adding that the mask ban had undermined trust between citizens and the government."A key element of free speech is the right to be anonymous," she said.Police can also be authorized to make arrests and detentions, deportations, to search and seize industrial goods and facilities, as well as implement controls and checks on goods under transportation, and to enter, search and confiscate private property.The power to control communications has sparked concerns that the authorities could also move to limit internet freedom, imposing controls and blocks that are similar to the Great Firewall that limits what internet users can see in mainland China."Emergency laws [are] an invitation to dictatorship," legal expert Stephen Saltzburg told RFA. "An emergency is in the eye of the beholder."He said that while Hong Kong's emergency seemed genuine, civilians were less powerful than the armed Hong Kong police force, who are also often masked and who don't make their ID numbers visible, making complaints about police violence next to impossible."Rarely do we mask our police [in the U.S] if they are going to handle demonstrations," he said. "We want people to see the faces of the police, to see their badges, to see they are dealing with real police, and to be able [to complain about them] if they have a complaint."Taiwan rejects one country, two systems

Lam has refused to rule out calling on the ruling Chinese Communist Party for help in dealing with protesters, who are demanding the formal withdrawal of a law enabling extradition to mainland China; an independent inquiry into police violence; an amnesty for arrested protesters; an end to the description of protesters as 'rioters' and fully democratic elections to the Legislative Council (LegCo) and for the post of chief executive.Instead, Lam has said complaints can be handled by internal police investigations, which protesters say is deterring many from coming forward for fear of being arrested for involvement in the demonstrations.Medical staff have also hit out at the type of injuries suffered by protesters, many of whom are targeted by police inside hospitals. Protesters have repeatedly said they have delayed or avoided seeking medical treatment for fear that police will find them in hospital.Authorities in Hong Kong on Thursday stepped up security measures around the city's Legislative Council (LegCo), as lawmakers prepared to return to the building for the first time since it was stormed and vandalized by anti-extradition protesters on July 1.The LegCo building was surrounded by two-meter-high traffic barriers amid doubts that Lam will give her Oct. 16 policy address to lawmakers in person.In democratic Taiwan, President Tsai Ing-wen hit out at the "one country, two systems" promises made by China to Hong Kong, saying the island will never accept Beijing's overtures for "unification" with China.Speaking as her government marked the founding of the 1911 Republic of China, which currently rules Taiwan and some smaller islands, Tsai said Hong Kong was on the brink of disorder because of "one country, two systems.""When freedom and democracy are challenged, and when the survival and development of the Republic of China is threatened, we must stand up and defend them," Tsai said."Together, we will defend the land under our feet and the sovereignty of the nation.""Only a democratic system can guarantee our hard-won freedoms, and ensure that the next generation has the right to determine their own future," Tsai said.Reported by Lau Siu-fung and Fok Leung-kiu for RFA's Cantonese Service, and by Hwang Chun-mei for the Mandarin Service. Translated and edited by Luisetta Mudie. 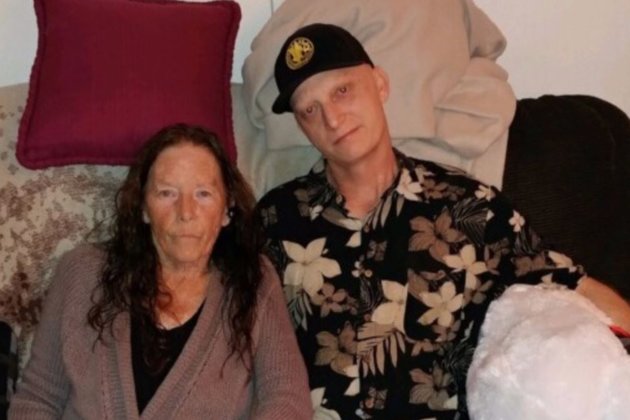